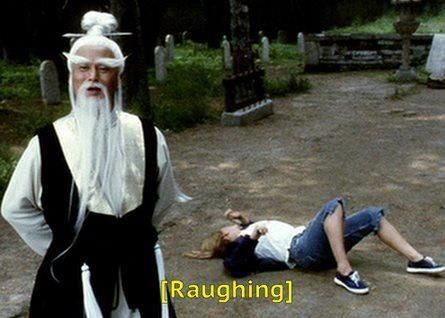 True to my word, I have begun hitting the gym again, beginning the journey to combat the give-up-on-life body that I have transformed into over the last two years to hopefully get to a point where I can have the less flabby dad bod that I had back in 2020.

The fitness center in my building is fairly bare, with mostly machines, but there are still enough dumbbells and other tertiary equipment available for me to still have adequate workouts and work on getting back in shape, regardless of the fact that I won’t really be able to do the true squats and deadlifts anymore without there being any barbells available.  But it doesn’t cost me anything, towels, shampoo and soaps are all included, which makes is super convenient for me.

The best part about it, though, is that the place is practically deserted.  Whether it’s the pandemic, the hybridized schedules that the company is utilizing or perhaps a combination of both is that there’s hardly anyone in the gym, and in just the few times I’ve been inside it, I’ve had plenty of time in which I’m literally the only one in there, free to workout in solitude.

However, I use phrases like practically and hardly, because in the two workouts that I’ve done to shake the rust off and go through the requisite soreness of exercising for the first time in an eon, despite the general quiet of the fitness center, I’ve still come across other human beings.

The first day, a duder walks in, about a half hour into my own workout.  Our eyes meet, and I give him a nod.  The nod is not reciprocated.  He changes clothing and comes back out and promptly begins his workout on the rower, which I think is very appropriate seeing as how he looks like Donald Trump, Jr. and is about as white.  As I’m changing in the locker room I can hear weights being dropped, confirming the douchebag I thought he was for not returning my nod.  He was also unmasked.

Day two, I enter the gym, and there’s a different guy, limbering up, prior to getting onto the treadmill.  As I begin lifting, he has an even more pitiful adventure on the treadmill than I had just days ago, and I don’t think he even ran more than five minutes, and had to take numerous breaks.  He then proceeds to get on a mat, and do some crunches.  As he heads back to the locker room, our eyes meet and I give him a nod.  The nod is not reciprocated.

He emerges minutes later, back in work clothes, and the time it took indicates that he also didn’t shower.  This guy is also white as Reindeer Games.  He too was unmasked.

At this point, I’m feeling like I’m being disrespected by these guys that aren’t acknowledging my acknowledgment.  This is the epitome of a first-world problem, but at the same time, I don’t think I’m asking for a corporate bailout or anything, I’m just trying to be polite and acknowledge the respect for other people trying to better themselves through exercise.

It doesn’t happen often, but I’ve got the opportunity to organically relate to Gordon Liu and the entire aesthetic of my brog, because this treatment over the last two days has made me think about the scene in Kill Bill, where David Carradine waxes poetic about Pai Mei, and how he murdered a Shaolin temple solely based on the fact that a monk failed to reciprocate a nod when crossing paths.

Pai Mei…in a practically unfathomable display of generosity,
gave the monk the slightest of nods.

Now, was it the intention of the Shaolin monk to insult Pai Mei?
Or did he just fail to see the generous social gesture?

The motives of the monk remain unknown.

What is known…were the consequences.

The next morning, Pai Mei appeared at the Shaolin temple…
and demanded of the temple’s head abbot that he offer Pai Mei
his neck to repay the insult.

The abbot, at first, tried to console Pai Mei.

Only to find Pai Mei was…inconsolable.

So began the Massacre of the Shaolin Temple,
and all sixty of the monks inside, at the fists of the White Lotus.

I like to think these two clowns didn’t acknowledge me because they’re racists, or because I was wearing a mask which is still kind of a little racist in a way, but there’s also the possibility that they’re just being territorial pricks and annoyed that their gym is needing to be shared with someone else.  Joke’s on them though, there’s literally nobody more dedicated to going to the gym than I am, and they will be seeing me just about every single office day I have, health and schedules permitting.