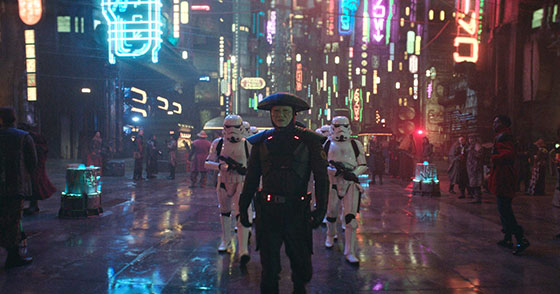 I went in blind as Ray Charles with Obi Wan Kenobi.  Didn’t even know it was in the works, didn’t know when it was going to drop, didn’t know a single plot point behind the entire series.  But when I heard that it had dropped, I figured why the heck not, considering mythical wife and I have mostly enjoyed all the other Disney+ original series based on Star Wars properties thus far.

So as stated above, I will give nothing away because I don’t feel like writing about anything other than the impetus to this post, and frankly nobody reads my shit anyway so it’s not like I have anyone but myself to appease.  But if there’s absolutely one observation that I feel like bringing up from the first two episodes of Obi Wan, it’s just, what the fuck are all these Asians doing in a Star Wars production?

Don’t get me wrong, I am all for and support moar Asian representation in media, but there’s been no secret that racist-ass Lucas hasn’t exactly been sprinting to the forefront at including Asians into their hallowed universe.  But two episodes into Obi Wan, and I’m seeing so many Asian people in the cast, credits and as extras, I’m beginning to wonder if this whole series is an HK knockoff that D+ absorbed the rights to or something and released themselves.

And Sung Kang in the show, as a presumable regular?  Get the fuck out of here.  Han from Fast & Furious, as a character in Star Wars.  This is unbelievable and unprecedented.  Surely, he has to be the first Korean guy to crack a visual role in Star Wars, right?

We’ll see what happens to his character as the season progresses, but I for one am tickled pink at just how laughably blatant the Star Wars universe is trying to inject diversity into the IP.  Because nothing says progress like corporate initiatives, statistical evidence and the need for representation in order to tap into demographics and their wallets!