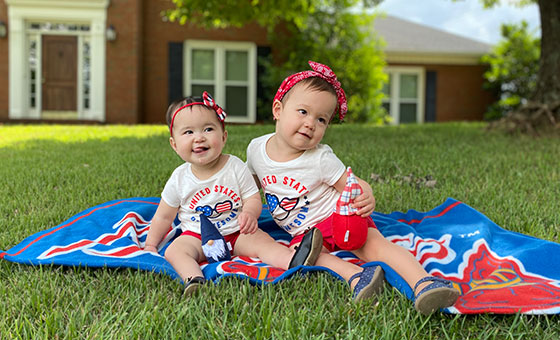 Over the span of the last five months, I’ve had two nannies quit on my famiry.  I’ll be the first to admit the high level of difficulty in simultaneously overseeing two kids the ages of mine, but the thing is that before anyone gets the idea that my kids were the ones driving them off, it’s just that we’ve just been very unlucky with the people we’ve hired.

The first nanny quit because she basically had a mental breakdown after two days of solo duty, despite having over three months to prepare for it.  And the worst part was that she did it spontaneously by calling out one day and then ghosting us for nearly two weeks before resigning over the phone, after we had already moved on to hire someone else by the time she reached back out.

Unfortunately, that someone else has just given her notice after just barely four months, because her personal life has imploded and she’s decided that it’s just not possible for her to continue nannying for us any further.  I won’t go into specifics, but at least she’s given us the courtesy of some lead time, and mythical wife and I are scrambling to find someone else before we reach her hard stop last day, and that’s if she doesn’t decide to phone it in and peace out before then.

Needless to say, if not for the fact that I was already souring on nanny #2, I’d be apoplectic about the fact that for whatever reason, my famiry just can’t seem to lock down competent, reliable childcare.  I have a lot of mixed feelings about the current scenario, because I was already on the path of looking for a replacement and this saves wifey and I an uncomfortable conversation of having to let someone go, but it doesn’t change the disappointment of having yet another nanny who crumpled to the job, mostly on account of their lives just being another hot mess.

I know my kids won’t really remember much of this in the grand spectrum of things, but I would love for them to have some stability and consistency in their lives.  After nanny #1 peaced out on us, my eldest mentioned them by name a few times when they heard the garage door, thinking that they were coming to see them.  And she’s also cognizant of both nanny #2 and her own son that she brought in daily, but now both of them will be leaving our lives too.

My kids deserve better than what we’ve been giving them.  Unfortunately, it’s been very challenging on our part as parents to find a good nanny, because they all talk a good game to get the job, but we’re 0-fer-2 now at fielding someone that has actually remained up to the task at being able to handle it on a regular basis.

Frankly, and this is where I’m getting up on my old man soap box, I just think American childcare sucks.  All these nannies are mentally soft, have no work ethic, are susceptible to complacency and laziness.  They have little respect for my wife and I’s jobs and the jeopardy they put us in when they phone it in and call out with bullshit excuses like migraines and car troubles and forget that if we lose our jobs, they lose theirs.

The thing is, I think we pay fairly well; substantially better than some of the wages I’ve seen others in my community offer up.  And yet, it’s like in order to attract higher quality talent that might not be so flaky, I’d have to go up even more, and I’m already struggling to keep up with nanny wages as it is.

So it really does just boil down to the fact that childcare in America sucks.  Either people are lazy and untalented, or they’re priced too high for the middle class to be able to regularly afford.