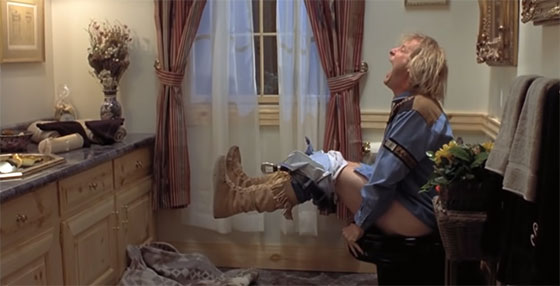 #1 has gone to but just three days of camp, and she’s already picked up some sort of sickness.  Croup or RSV, most likely, although it would probably be in my best interests to run a COVID test to make sure, but the point remains is that all it took was three (half) days being exposed to other kids before my kid has picked up some sickness.

And because we’re active parents who aren’t content to let our children suffer in isolation, we do what we can to care for them when they’re waking up because they can’t breathe, and I woke up this morning with a slight fever after going to bed with massive chills, and it’s evident that such a bug has afflicted me as well.  I’m mostly fine, but my digestive system is telling me that I’m most definitely not 100%.

The point is, I’m livid and frustrated because the impression I get is that some parent(s) somewhere of kids that go to my kid’s school, knowingly let their sick kid go to school, where they have exposed everyone else to their plague, and in the case of my daughter, she’s brought it into my home where now I’m also affected by it too.

Basically, the overarching feeling I feel is what the subject of this post says: fuck parents who send sick kids to school.  I wish grave misfortune onto those of you who knowingly do it, like some gnarly and violent diarrhea that ruins your day, and maybe some clothes along the way.

I get it, it’s frustrating as hell raising kids sometimes, and when they’re sick and whiny and inconsolable, I’d want to jettison them out of the house for a few hours too.  But that’s a dick move and irresponsible and reckless, and I wish terrible things onto parents who knowingly do it.  Today, we kept #1 home from school, because it’s the right thing to do, and this is how responsible people conduct themselves, and look out for others.

Ironically, my own mother sent me to school with very obvious evidence that I had chicken pox.  But this was when I was in kindergarten, and I didn’t know the severity of the situation, until my teacher took one look at me and shipped my ass off to the office where I had to wait for my mom to come get me.  I still give my mom shit about that story to this day, even more so now that I’m a parent as well.

And I understand that sometimes it’s hard to tell if a kid is sick or not.  In those instances, there’s a little more leniency from my judgment, but if your kid is showing obvious signs of hoarse coughing, snotty noses or any sort of physical addling, then fucking keep your kids home for god’s sake.

I have no idea if the parents of whatever plague rats that have spread their disease onto my kid’s school knew or not that they were harboring a patient zero.  But in my cynical view of society, I assume they did, and so fuck them.  I hope they get a case of the shits while stuck in traffic, because knowingly sending sick kids to school is exactly why coronavirus will never, ever end, and I’ll go homicidal if some shithead passes it onto my kids.  Sure, I know this whole rant sets me up for some future hypocrisy if I’m ever in a position where it’s borderline, and I send my kids to school, but we’ll cross that bridge if and when it ever happens.  But for now, crazy shits for those who do.