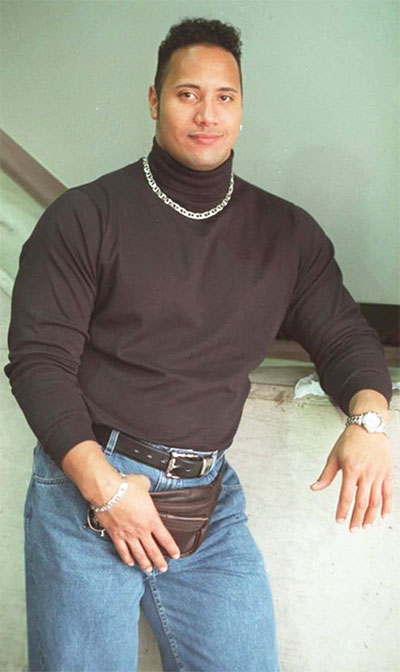 While out in Las Vegas over Labor Day weekend, I couldn’t help but notice that there was an unusually large number of people who were wearing fanny packs all over the place.  Not only were they wearing fanny packs, they were all wearing them slung across one shoulder and chest, like people used to wear messenger bags.  And after seeing the 350th person wearing a fanny pack like a satchel, it begs me to ask the question that this post is titled:

I choose my words deliberately, and I don’t say cool, because to me, fanny packs were never not cool at any point in my lifetime, but there’s no mistaking that there was a large swath of time in which they were just not deemed acceptable by popular social standards.

When I was a kid, I rocked a fanny pack between the grades 2-4; not only was it a great place to keep all my cash on hand, but it was the perfect place to stash absolutely anything, anything at all, without having to burden my hands.  Cool rocks or sticks I found in the woods, my WWF or TMNT action figures, the metaphorical golden treasure to a fat kid that was candy and/or gum.  I always had shit on hand, thanks to the utility and convenience of my fanny pack.

But at some point in time, I began to get ridicule, and I was eventually branded some sort of nerd for having my fanny pack.  I wasn’t sure if it was the culture shift I had gone through moving from rural Virginia to prestigious northern Virginia, just the changing of the times, or asshole kids being bullies to me, but it got to the point where I stopped with the fanny pack, and short of zubaz-wearing professional wrestlers, they were mostly unseen for the next three decades.

Obviously living under the rock I do, I have no idea of when specifically they’ve suddenly become so acceptable again, but I’m just noticing just how everyone seems to be getting their hands on them these days, and amongst the kids of today, they’re being treated like some brand-new innovation of style and convenience.  I’m sure a fanny pack is perfect for holding your phone without bulking up your pockets or if you don’t have pockets because male rompers seem to be acceptable too.  Battery packs and charging cables because everyone is so glued to their mobile devices that a single day’s charge is insufficient are nice to be able to stash close to your person too.

Man, fanny packs sure are fucking cool for all the utility and convenience they provide without having to commit to an entire backpack or messenger bag!

But I have to question the part where they’re being worn around the shoulder, because fashion not-withstanding, that’s just a poor distribution of weight, and on the long-term, can have some physical detriment to the body.  I used to carry around a messenger bag, and wear all my duffel bags over the shoulder, but after long periods of time, that shit begins to wear on you, with all the weight they’re putting on a single shoulder.

It’s not lost on me just how bitter old man this all makes me sound like, but you have to understand that the backlash fanny packs got back in the early 90s was pretty fierce, to the point where they practically went extinct overnight in like 1991.

I suppose this is something that generationally, everyone eventually goes through at some points in their lives.  Perhaps in the near future, I’ll get to the backlash on fanny packs a second time, but as a judgmental bystander, and watch with smug satisfaction as all the dumb kids of today shamefully hang theirs up as discreetly as they can, and be sad that the sheep of the world don’t like utility and convenience anymore.