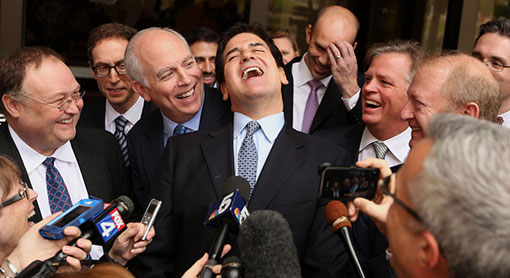 They were complaining about how close to turning 30, and how they were “old as shit,” and then they started talking about how their parents are just turning 60, and how their grandparents are getting old, and that the next visit to them might be the last, so they should consider taking a week instead of three days to visit them… because they’re overseas in foreign countries, because like most white-collar stereotypical white people, they come from some money.

And then came the comparisons to their parents gallivanting in Greek villas, and how much of an inconvenience it would be to spend time with family, when it encroaches on their time in which they’d probably rather be snorting coke off of hookers or belittling minorities; but who’s to say not both, and simultaneously at that?

I left the gym with a feeling of agitated disgust at perceived as white privilege on display.  Both these guys are clearly younger than I am, but in cushy corporate positions doing most likely intangible work on computers that is probably eons removed from consumers, but probably make more money than I do.  They come from families that are younger and way better off than my own parents, in their Italian vacation homes on remote private islands.  They’re discussing foreign vacation plans, and although I’m no stranger to international travel, I’d wager that my trips are vastly less extravagant as theirs might be.

The words “white privilege” kept ringing in my head after this exchange, and I was tempted to post a query to my Facebook page, to see if anyone else witnessed white privilege as blatantly as I just had, but then thought against it, because doing anything remotely like this on social media is like dropping a tank of gas into an active volcano.  I even thought about filtering just minorities, but then thought against that too, because ultimately, I probably type things into Facebook at least three times a week, but then delete it without posting, because social media is basically cancer anyway and it’s not always worth sharing my words on.

And as I was crawling through the parking garage towards the exit because I don’t trust the people that drive here, I watched one of the Ben Afflecks from the gym riding in the passenger seat of a Lexus SUV pulling out ahead of me.  Figures.

Maybe I don’t see it as often as I did today and it’s always there, or maybe today really was just more white privilege-y than it usually was, but damn was it all leaving me feeling with a feeling of people being insufferable all around me for the remainder of the day.  I guess since it’s not on Facebook, and nobody can still read my site in the first place, I guess it’s safe to ask here, do other people get, feelings, that some days are more white privilege-y than others?