Don’t get me wrong, I think soccer/futbol is great.  I enjoy watching the game, and I understand the vast majority of the rules, and think a 0-0 game that ends in a shootout is a marvelous thing.  It’s just that there’s no secret that it’s often perceived as a second-tier sport to most ‘Muricans who think real sports are limited to fat guys in pads who call themselves athletes crashing into one another, or who can slam dunk a basketball to make black people get out of their seats and overreact the colorfully.

When people think about which team is going to bring some championship pedigree to Atlanta, most of the time people are often thinking about the Falcons, or the Braves first; but never the Hawks, because the NBA is busted as hell and the Hawks suck lol.  But the vast majority of football americano fans probably don’t even consider the idea that Atlanta United just might do it first, and I get the impression that it would be as met in the same manner as the Washington Capitals did for DC; initial surprise, but then immediate bandwagon embracing as if the Caps held the entire fate of Washington on their shoulders, and not the Redskins, Nationals or Weezards.

Regardless, the very young Atlanta United club, two years removed from their introduction into MLS, are on the cusp of immortality, and have one more team to overcome to get there, the Portland Timbers.

END_OF_DOCUMENT_TOKEN_TO_BE_REPLACED 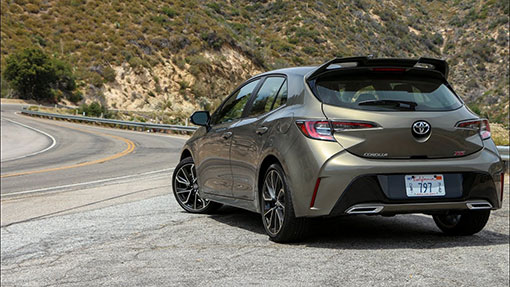 An acquaintance of mine was inquiring about cars over theFacebook, and among the numerous responses she received, I happened to notice someone mention “Corolla hatchback.”  Now I haven’t heard of the Corolla having a hatchback since like the hachi-roku, so unless this person were recommending that this acquaintance go out and get a nearly 30-year old car, which if you’re looking for a reliable daily driver is a terrible idea IMO, then Toyota’s clearly made something that I didn’t know about.

Lo and behold, it turns out that Toyota has decided to enter the 2010s and make a hatchback vehicle to compete against the Souls, Fortes, Golfs and Mazda3s, and that aren’t the sad Yaris or x-Whatever shitboxes.  And frankly, they’re taking this shit seriously, because at first blush, there’s a lot to like about it; it looks really pleasing to my personal aesthetic, it’s available in a manual transmission, it has a ton of the gadgets that all cars seem to require these days, the fuel economy is solid, and the price is extremely competitive.

Dare I say, I actually really dig just about everything about this car . . . except for that one little part where it’s called Corolla.

Yes, I know it’s silly to pass judgement on anything based on the cover of the book or the name of the vehicle, but come on, it’s the fucking Corolla.  The Corolla hasn’t been cool since the aforementioned hachi-roku back in like, 1986, and since then, the Corolla has been the automotive embodiment of what it looks like to give up on life.  I know it’s harsh to compare the Corolla to the Ford Taurus, Chevy Lumina, Saturn Vue, or even it’s big brother Toyota Camry, but the reality is that they existed in nearly the exact same role as those larger full-size senior movers.

END_OF_DOCUMENT_TOKEN_TO_BE_REPLACED 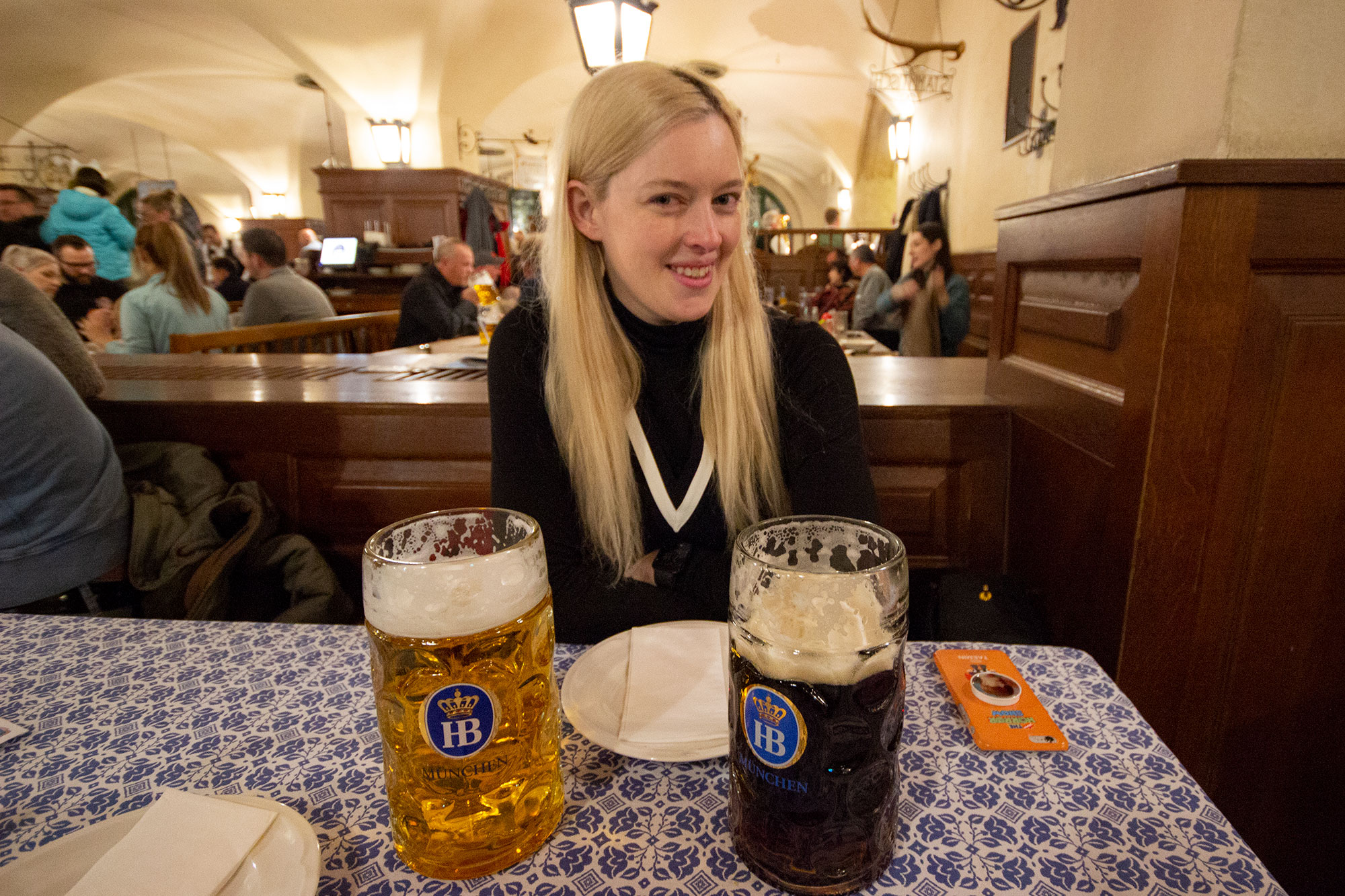 So for our 2018 vacation, mythical gf future wifey and I went to Europe.  Specifically Munich, Germany, Budapest, Hungary, and Vienna, Austria.  These are all places that I’d never been to before, but such could very easily be said about anywhere on the planet, because in the grand spectrum of things, the world is pretty large.

Needless to say, the trip was pretty much excellent.  All three places were great in their own ways, and I look back fondly to the exploration, food and drinking of each of them.

Munich, completely redeems the entire country of Germany for me.  When I was younger, I’d often said that Germany was a country that I’d most want to visit in my life, because it seemed like the one country where it was a pretty drastic change to everyday life without having to go into the bush.  In 2016, I went to Germany for the first time, but it was to Berlin, which turned out to be a city that embodied hostility, owned their unfriendliness and was just basically an unpleasant place that really made me question my choice of places I wanted to go.  I was as relieved to leave Berlin as much as they probably bid good riddance, and I really debated on whether or not I wanted to ever go to Germany again.

Thankfully, future wifey convinced me that Munich would be different, and our 2018 European vacation would both start and end in Munich, which turned out to be a pretty good thing in the end.  From the very start, arriving in Munich was arriving in a traditionally beautiful city that had classic European architecture all around, and the historic building and landmarks were stuff like cathedrals and monuments, and not just dingy vandalized wall fragments.

The people of Munich were also way friendlier, spoke more English, which is another thing that I don’t take for granted when traveling abroad, because I’m always impressed and grateful as hell whenever I go to other countries, and there are always people who can speak English as opposed to how it’s like in America where so few people speak anything otherwise.

And the trains in Munich, they actually worked, unlike Berlin, where they were always broken, closed for maintenance, and made absolutely no sense to where they actually went.  Much of our time in Munich was spent walking around from tourist destinations to bier hauses, and in a country where beer is pretty much the same cost as water, needless to say, we did a good bit of bier drinking.  Hofbrauhaus was a fun tourist destination, but Paulaner was definitely of superior quality in food and beer, but if any one place is worth remembering, it’s the literal cave like cellar of Augustiner, which turned out to be a really cool place in the end.

END_OF_DOCUMENT_TOKEN_TO_BE_REPLACED 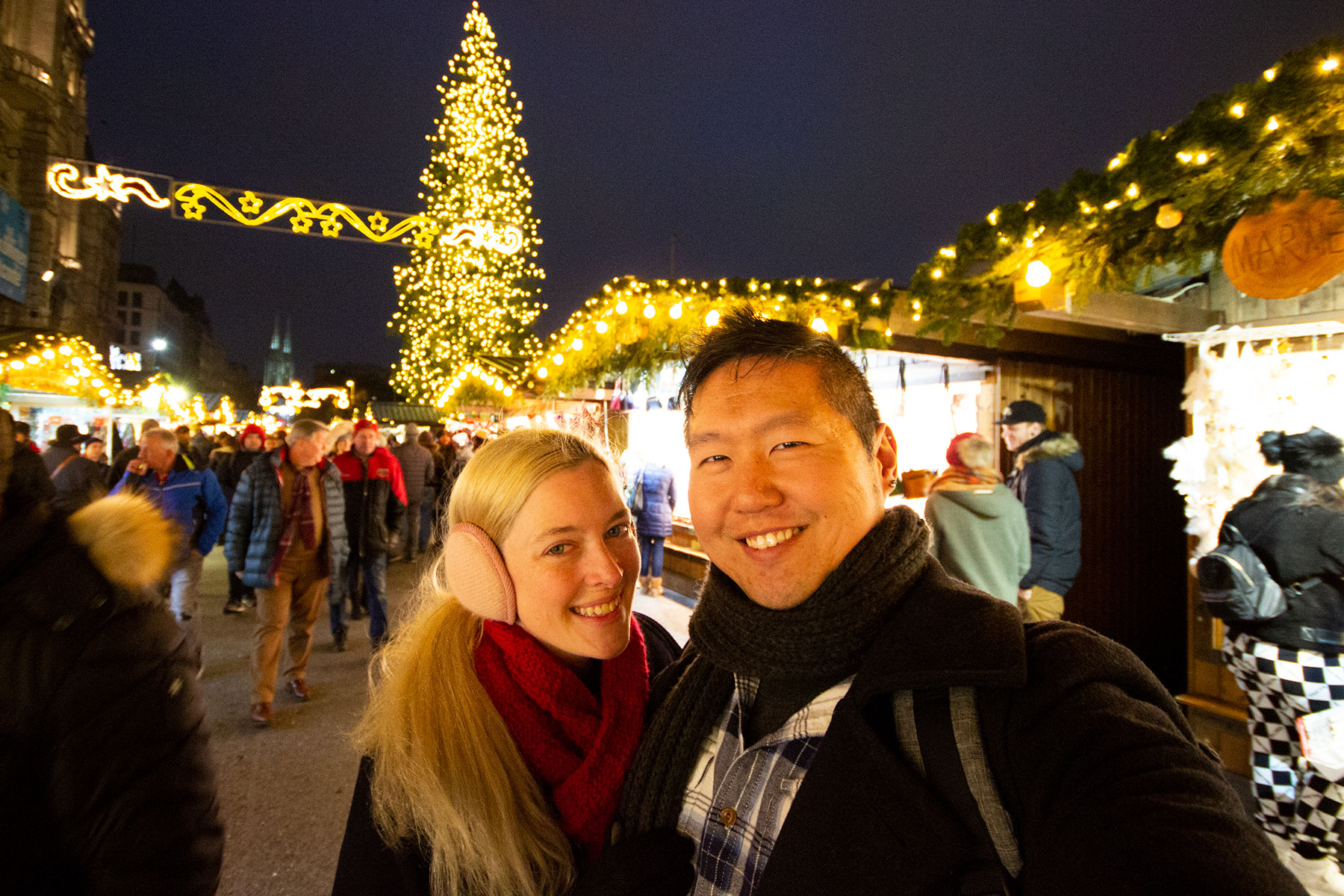 [2020 note]: moar unposted content, this time, photos from mythical then-gf and I’s trip to Europe, encompassing time spent in Munich, Budapest, Vienna and then back to Munich prior to heading back home.

It was a wonderful trip, and all three cities are places that I’d definitely enjoy going back to in future European trips.

END_OF_DOCUMENT_TOKEN_TO_BE_REPLACED 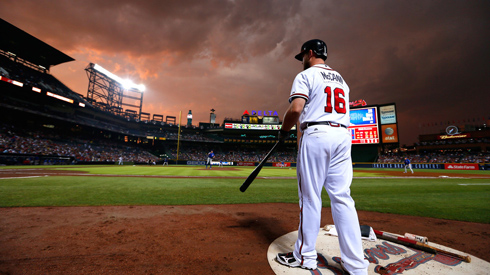 This news, brought a smile to my face.  Now I don’t expect ol’ Heap (a very insider hipster nickname for McCann stemming from the minor leagues) to inexplicably return to the form of the 22-year old All-Star that hit .333 and 24 homers all because he’s back in a Braves uniform, especially since he’s now 35 and very much on the declining phase of his career.  But it still makes me happy to know that Heap is coming home, because maybe it’s just the fanboy in me, but it just never seemed right to see a guy like Brian McCann suiting up for anyone other than the Braves.

Don’t get me wrong, I always rooted for him after he left, even when he was on the Yankees, and especially when he was on the Team of Destiny™ Astros, and I was very happy to see McCann, along with other Braves expats like Evan Gattis and Charlie Morton win a World Series.  But it often makes me happy when a guy who was a once popular member of the team, like a Jeff Francoeur, Jonny Venters or a Brian McCann, comes back to the fold.

It doesn’t really matter that when the day is over, he’s probably not going to be an All-Star again, much less even be reliably starting on a regular basis.  The traditionalist in me sees his value in that he’s a steady veteran leader that brings a lot of familiarity with the organization, and a now championship pedigree to a locker room that might be able to benefit from his experience.

But most importantly, he’s a local guy that was always beloved by the city of Atlanta, and him coming home, to try and help nurture and contribute this young and talented roster into more legitimate contenders, can only be welcome.  Oh, and it doesn’t hurt that Josh Donaldson also signed with the team too.

Now if only the Braves could upgrade their pitching, 2019 could actually be a very interesting season. 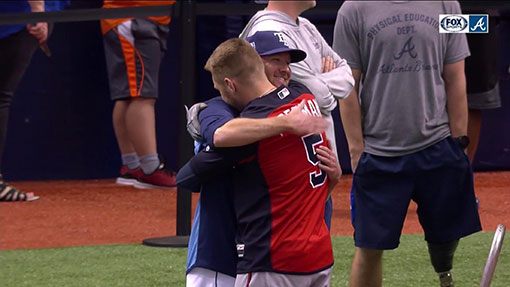 In the grand scheme of baseball seasons are World Series championships, home runs soaring, Triple Crowns, batting title chases, and all sorts of accolades, records and honors (and sometimes dishonors) being pursued.

As far as the 2018 was concerned, there really was only one specific thing that I’ve remotely paid any attention to: the return of Jonny Venters.  By now, I’ve written tons of words about how happy and proud I was to see the story of a ballplayer absolutely refusing to give up, even after three and a half debilitating injuries and the surgeries that ensued.  And after year after year of heartbreaking setbacks, 2018 was the year where Venters gingerly approached the glass ceiling, before Shoryuken-ning through it and getting back to the Major Leagues, and sticking once back.

Frankly, given the fact that he started the season and made his comeback officially with the Tampa Bay Rays, before getting traded back home to the Braves, I’d say there should be some argument that maybe he should’ve won both the AL and NL Comeback Player of the Year awards, especially since a scrub like David Price ended up winning it, obviously on his playoff performance, contrary to the claims that awards are decided before they even begin.

But such a wish is a pipedream for a player to win simultaneous awards in both leagues.  I just want Jonny Venters to get all the accolades, because frankly as far as comebacks are defined, nobody deserved the award more than him.

Either way, I couldn’t be anymore happy and proud to see Jonny Venters formally recognized for his strength and perseverance.  Guys have won this award for less hardships, like bouncing back from sucking like Price did, or “just” a single Tommy John surgery.  But to come back from three (and a half) Tommy Johns??  Nobody’s done that shit before, in the history of the game.  Frankly, Comeback Player of the Year doesn’t really define what Jonny Venters accomplished in 2018, and I agree with these guys:

Who, more than Jonny Venters, deserves to win this award in 2018? He should win it for both leagues. The award, quite frankly, should be henceforth known as the “Jonny Venters Award.”

I’ll try to re-evaluate this in future seasons, to determine whether future winners are merely comeback players, or actual Jonny Venters.  I’d wager that much like the actual Jonny Venters, there probably won’t be another, any time soon.  But that seems to be pretty appropriate. 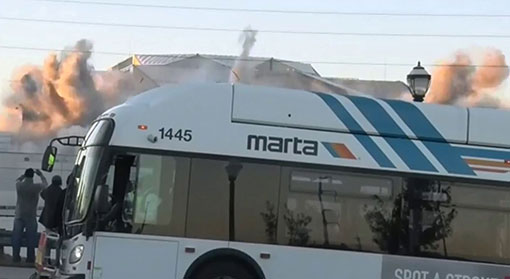 About as shocking as political corruption: some MARTA employees believe they’re not ready for the Super Bowl

When it was announced that Atlanta was going to get the Super Bowl in 2019, I remember telling myself to absolutely avoid going anywhere remotely near the city at any time remotely near then.  Not that I have nearly as much business inside city proper anymore these days, but in case I want to go to some restaurant in town or someone might be visiting, I just need to remind myself to stay the fuck away that entire week and especially day of game.

But yeah back to MARTA being ill-prepared for the Super Bowl – is this really any surprise?  Like really, is absolutely anyone on the planet surprised by these anonymous admissions from inside?  MARTA is about as reliable as a fat person at Golden Corral, or my dog left unattended in the kitchen; put them in circumstances where failure is inevitable, and failure is a sure bet to happen.