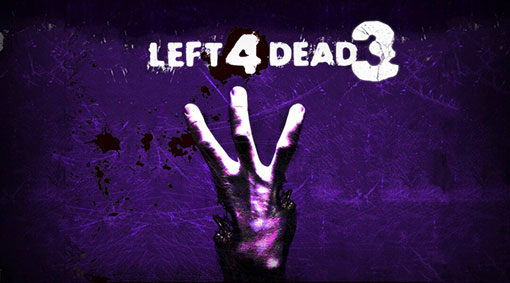 Call a spade a spade: creators of Left 4 Dead, now going under Turtle Rock Studios, announce zombie co-op shooter entitled Back 4 Blood; insist that it is not a sequel to Left 4 Dead

Turtle Rock can insist all they want, there’s little reason for anyone to believe that Back 4 Blood isn’t basically, Left 4 Dead 3.  The internet has already gotten their hold of the unofficial designation, and it’s going to be declared as such until it’s unofficially official.

That being said, it’s about fucking time there’s been a sequel to Left 4 Dead 2.  L2D was getting to the point where it was basically just like another one of Valve’s iconic games that fans have been begging for a sequel of in Team Fortress 2, and no amount of fan-made maps or campaigns would be able to fill the void that was official, canonic content that everyone demanded more of.

In spite of their claims and insistences, which I’m guessing is kind of their way of trying to temper expectations and hedge their bets, the bar that’s set for Left 4 Dead 3 Back 4 Blood is going to be monumental.  There are few games in the history of video games that I played more than both L4Ds, and despite the fact that I haven’t really played a console game for the better part of the last two years, I could very easily see myself coming back to it, for a sequel to the beloved “zbs” that was indicative of playing L4D, probably 340 out of 365 days of the year, for at least 3-4 years.

L4D was the game that broke me of my stigma of first-person shooters, and I took to the game so well initially that I fought through my complex of early-onset motion sickness when playing perspective games, and before I knew it, I was becoming a regular at the game.  Eventually, it evolved into finding all easter eggs and exploits to play around with before they were all patched up, and then my brother and I invented our own minigames within the game, like the Dickhead Olympics, where we raced through the maps as fast as we could, without any regard for any teammates, human or AI, with the objective of getting to the finish first, and to use as many of the health kits as possible before anyone else could.

We got so good and competent at the game, to where all we would do was play scavenge mode, to where we would more often than not, stomp on our competition, save for the nights when four pubstompers who knew each other would mop the floor with my brother and I plus two randos, but it was still tons of fun when we’d run the score up on unsuspecting pleebs and asserting our will onto others.

And those who refused our iron wills, more often than not, felt the wrath of getting kicked from the game, to which when my brother and I controlled at least half the vote, succeeded in booting people left and right, like Kane getting rid of scrubs from the Royal Rumble.  Even an actual XBOX employee, because I often scoped profiles of teammates when they took too long in the safe room.

Long, have I, and likely other diehard L4D fans been pining for this kind of mayhem and destrucity, that could only be sated by another edition of L4D, even if it’s given an eye-rolling title like Back 4 Blood.  B4B doesn’t quite have the same ring as L4D, but when the day is over, if it’s anything remotely good as its predecessors, it’ll end up having the most honorable of titles there could be in my world: zbs.