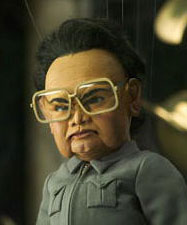 I really do. It’s like I do my best typing when I’ve got my feet kicked up on my desk, and I have the wireless keyboard in my lap. I don’t know why that is, but I feel like my fingers fly along the keys when it’s in this position. But back to the topic of thinking, I guess “best” isn’t necessarily the best word, but it’s true that I do some of my deepest thinking while I’m driving in my car.

Lately, something that pops into my head a lot, which is probably obvious given my age and life’s status, but I’m kind of a lonely person. I’m probably being more earnest than I really should be, given the fairly public status of my brog, but to put it out there, I’m 31 years old, and I haven’t been on a date in about two years now. Ultimately, there’s nobody to blame for such circumstances except for myself, but to be perfectly honest, I kind of don’t even know where to begin.

It’s not like I can go to Publix and be all like “oh, you’ve got one item? Please, go ahead” in the checkout line, and strike up a scintillating conversation with a random stranger, culminating with the birth of a blossoming relationship. No, it would result in us holding up the checkout line, people behind us getting pissed, the cashier getting impatient with our inconsiderate behavior, and a girl, who capitalized on my generosity getting the fuck out of the place even sooner because I was being a mush.

As I’ve said it to myself in my car a thousand times, we live in a day and age where people are afraid of other people, resulting in a day and age where people don’t really meet other people unless really kind of forced into it. It’s not even romantic relationships either, all the time, we’ll see the topic of “how to make friends as grown-ups” all over the internet from smarmy blogs, all the way to major media outlets like CNN, USA Today, and Time editorials. People simply put have kind of all in some way shape and form, become unapproachable, and don’t know how to approach others as well. There’s small talk and chit-chat in like a line or something, but so sparsely do these chance encounters ever turn into something more meaningful, platonic or romantic. It’s like that scene in Fight Club, where people on airplanes are nothing more than “single-serving friends,” who will be your friend for the duration of a flight, but nothing more once we reach our destination. It’s kind of like that rationale has gone beyond airplanes and into the world as a whole. Maybe I’m using that thought process as an excuse to a degree, but even if I were currently in a relationship, I still believe I’d be thinking that it’s true.

The thing is with me, is that I don’t want to resort to the internet to get a date. I absolutely loathe the idea that people today are resorting to the internet to find relationships. It’s like, something about the entire process seems so, lazy and unfulfilling. Let a website vet people for you, and anonymously provide you a list of people who some software thinks could be compatible with you? Where’s the work involved with that? Where’s the thrill of the chase to be had there?

I know one of the appropriate rebuttals to my logic is why shouldn’t I take such a shortcut? If it’s legal and available, why NOT use a resource like that? I can understand that logic, but it’s just simply something that I don’t want to do. I don’t want to be a number in a database, nor do I want to stealthily, anonymously select another number out of a database. I don’t want software to provide me with a pool it thinks that is full of compatible people, I want to believe that the entire fucking world is still my pool, even if it means going down a difficult and tumultuous path.

It sounds really lame, but I want my relationships to have stories behind them. I don’t want the untold parts of the story to be that I knew what someone looked like, their interests and their age and their occupation, before I ever thought that I was interested in them. I want to be nervous, I want to have apprehension and fear of rejection driving my emotions and steering my actions. I want there to be a spark, and rejoice internally if I succeed at getting a “yes” from a girl, when I ask her out on a date. I want to be clumsy and nervous about the things I say around her when we speak, and not have a general idea of things that we could talk about because I know things about her from some online fucking profile.

I want everything to happen, person to person, and most certainly not done through text or email messaging.

That’s why I don’t do online dating. Unfortunately, that’s probably also why I haven’t had a date in two years. That, and the fact that I’ve got as much actual game as a Sega Saturn, but it’s not like I’m afraid to talk to girls, I just have a hard time opening. I like to think that I can be charming, but I also sometimes think I feel like I must give off some aura of desperation or something, because I can’t help but wonder if I’m creeping girls out when if I speak with them. I don’t necessarily think I’m desperate, but in spite of me thinking that I’ve got high standards, I think I’d be easy to manipulate into at least getting a free meal out of for a girl with a little bit of cunning and charm.

Sometimes I think I’m just missing the idea of being in a relationship, and it’s so much whom it’s with that necessarily matters. It’s like I’m tired of being the odd-numbered wheel at a social gathering, if I’m even invited out at all, because people don’t want to have that awkward single guy tagging along.

But then I also feel that I simply miss being close with someone. It’s not even the sexual aspect of things, I think I’m just missing the idea of being close with another person. Someone to hug and hold occasionally, a person to rest my head on their shoulder if the weight of a day feels like too much. Someone to really speak minds with, occasionally hold hands with, or just the subtle little physical gestures that are synonymous with those in relationships. I feel like I’m out of touch, in several different meanings. I’m appreciative of a lot of the friends in my life, but these are the things that none of them can really alleviate, all joking aside.

I’m just a little lonely lately, that’s all. So ronery. I think about something so many times, that it’s eventually going to make its way into writing on the brog someday. It’s also very likely to why I’ve been extra crabby at the world at times, especially in the car. It’s my place where I think best, and I hate being interrupted by the endless parade of shitty Atlanta drivers.

Who knows what’s going to happen in my future, nobody will ever really know. There was a time when I never wanted to join Facebook, but that’s changed too. I like to think that my convictions towards online dating are a bit stronger, but if I end up hitting 35 without having been on any dates in five years, then something’s gotta give.