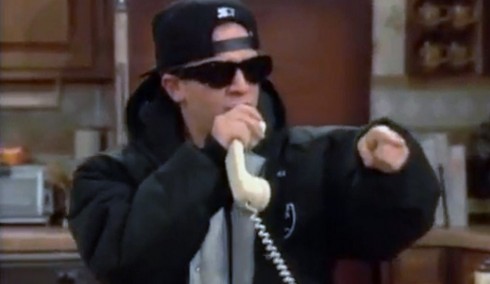 TL:DR: David “Bud Bundy” Faustino claims to be working on a spin-off of Married… With Children.

First it was Girl Meets World and then it was Fuller House.  But please god no, not Married… With Children too.

And of course it’s Bud Bundy who has his name all over this likely debacle.  Ed O’Neill has Modern Family under his belt, Katey Segal has a decade of Futurama money rolling in, and Christina Applegate actually has somewhat of a movie career.  David Faustino has basically done nothing since MWC, and it’s of absolutely no surprise at all that he’s the one behind making a possible spin-off of what made him anything at all.

Needless to say, this has “disaster” written all over it.  I mean, what could a possible spin-off possibly be about?  If it’s anything like any of the other shows that are underway with spin-offs, it’s going to basically be a modernized re-telling of the original shows, peppered with cameos from original cast members, but more or less the same songs and dances.

That being said, Disaster… With Children is basically going to be about a grown-up Bud Bundy, who has a vapid and lazy wife that he will claim ruined his life and that he hates, but actually loves unconditionally, who feels the same way, a son and a daughter who are both underachievers, and two meddling neighbors.

But in light of changing things up so that the show doesn’t come under too much fire for trying to rip off the original formula, changes will be made; like instead of the wife pining for sex all the time, it will be Bud, being the sex-starved Bud of old, who will always be wanting sex, while his wife will find a million ways and one-liners to shoot him down.

Women’s shoe salesman might have been a denigrating job back in the 80s, but Bud will have to be with the times and be something like, a call center guy or something thankless and mundane, like a graphic designer.

The son will be the older child this time, but the dynamic probably won’t change that much, and the daughter will still be attractive and promiscuous, likely played by an actress who will hope to use the show as a vehicle for future stardom while hoping to not get typecast. And Bud Jr. will be as big of a loser as his dad is/was, naturally.

The neighbors will probably be portrayed by a mixed ethnicity couple, but no less obnoxious and meddling.  I’m going to go out on a limb and say that the new D’arcys will be like fairly successful start-up company founders at first, but then flounder around into a variety of occupations throughout the “duration” (read: 5 episdoes before it gets the axe) of the series.  Instead of old gripes like stealing newspapers and siphoning their Mercedes’s fuel, they will barge into the scenes, complaining that the New Bundys are stealing their wifi, or that they don’t like Bud’s wife’s passive-aggressive Facebook posts about obviously them.

Ultimately, this theoretical sitcom is destined for failure, and frankly I’d rather the MWC franchise stay dead with what ironic integrity it had, than to be resurrected, and trotted out for a public shaming before being killed again.

Then again, considering the fact that David Faustino is steering this sinking ship, and it likely to star Bud Bundy, it’s kind of fitting that the least successful member of the franchise, both as a character and an actor, is behind it all.