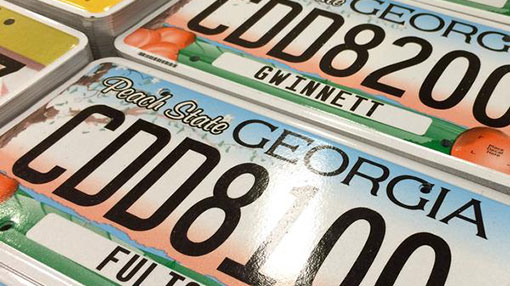 I feel like this is kind of a redundant question, and there’s a possibility that I’ve touched on this topic before.  Regardless, Georgia has no shortage of people who have vanity license plates on their car with subtle-to-overt religious messages on them, such as DOUPRAY, SING2HM, PRAY2HM, F8THFUL and so forth.  However, there is a correlation that I’ve noticed where the cars with the pious vanity plates are often the ones being driven by aggressive assholes and/or people with all sorts of uncharacteristically suspect accessories on their cars, from blackout plate covers, suspiciously dark tint, or any other things people put on their cars that one might not expect from drivers so god-fearing, they proclaim their piousness on their vanity plates.

And if they’re not driving like they’ve got something to hide, they’re usually the most aggressive and self-centered drivers on the road.  I really should keep a running document of ones that I’ve seen, and also notate which ones are being driven by assholes and/or equipped with less-than-reputable aftermarket accessories.

Just the other day, DOUPRAY was riding my ass hole on I-285 during horrendous rush hour traffic, as if it were me personally who were impeding their ability to get to Point B in their respective destination.  When traffic eased up after passing I-20 like usual, it took less than a second before the car whipped out of my peripheral vision into the just equally as newly vacated right lane, and blew past me going warp speed in order to pass me, and every other car that was still holed up in the left lanes.  It was here where I saw DOUPRAY on the license plate, and if their windows weren’t tinted darker than Wesley Snipes, I probably would have seen the face of some irate driver glaring daggers at me as if it were my personal fault they were stuck in traffic.

That’s where I re-realized the correlation between asshole drivers and those with religious vanity plates, and the revisiting of the question of why such is the case.  Is it because god-fearing religious people are all assholes?  Or is it because aggressive drivers believe their aggression is less suspect if they’re driving cars that have vanity plates that might make them appear more docile and religious AKA non-threatening?

All that it’s accomplishing in my eyes is that cars that I see on the road with religious-intonating vanity plates are automatically becoming perceived as combatant drivers who will probably be aggressive and inconsiderate the first chance they get, and it would probably behoove me to make the first moves and get in front of them, before their reckless nature puts my well-being in jeopardy.  Because when it comes to my own want to get from point A to point B, these religious assholes can worship their god plenty, behind me.