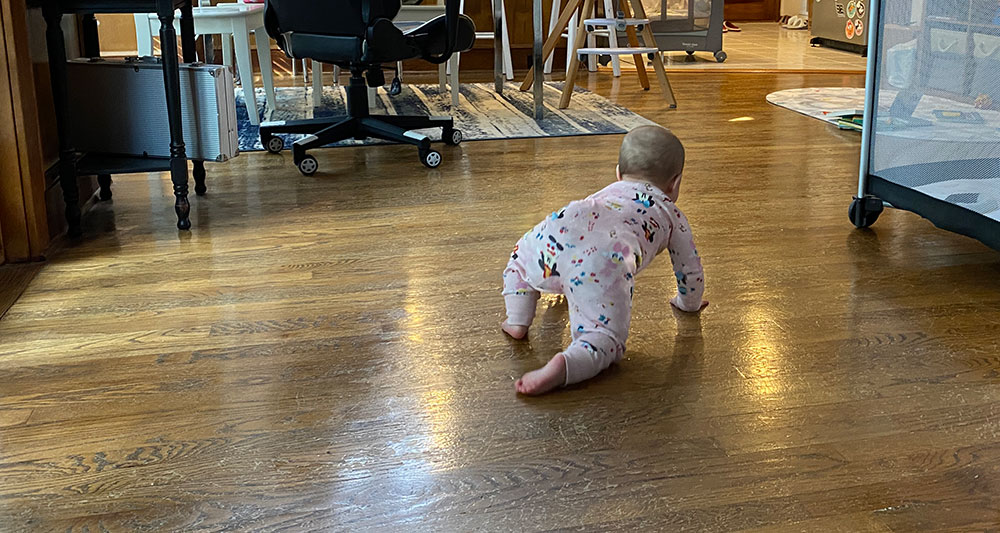 Honestly?  Maybe it’s because I’m months past the period of infancy where babies do not sleep throughout the night and I’ve long forgotten the rigors of sleepless nights and daytime fatigue.  Or maybe my daughter has been particularly amenable as far as babies go.  But if you were to ask me how difficult raising a baby for the first time has been, and I think I would say that it wasn’t nearly as hard as people made it out to be.

Sure, early on there’s the endless amounts of fear and anxiety at the start as new parents, we don’t know what the heck we’re doing.  And then there’s sleep regressions quarterly that make me want to jump out windows.  And then there’s teething, and the introduction of solid foods, and then more teething that make running with razor blades seem like a mercy.

But once routines are established, reinforced and set in, things actually operate fairly smoothly.  The days become somewhat predictable, and once you know when you might actually have time to manage, things become somewhat more manageable.  So either I’ve been cruising on a nice little routine for a while, or I simply was not prepared for the difficulty jump that comes with the start of being able to say “years” in age, instead of just months.

Needless to say, the photo above has been a frequent view of mine throughout the last weeks since my daughter turned one year old.  It was almost perfect at the rate in which she hit 12 months and it just kind of clicked for her to go from awkward army crawling, to not just full-fledged crawling so much as she often uses her little left leg to thrust her further and faster, and covers ground at an impressive pace.

When I saw that there was a class of Huggies diapers called Little Movers, I just had this feeling that my child was destined to become one of those kids.  And at one point, mythical wife and I had a little concern that she might be falling behind in mobility, and prepared for more time of constantly disclaiming adjusted age since she was premature.  But then came army crawling, and like lightning striking she’s not just crawling at a rapid pace now, she’s been experimenting with getting up onto her legs and standing without assistance periodically now.

And with the rapid increase of mobility, so has the difficulty of parenting begun to ramp up in correlation.  I feel like I was learning how to play Street Fighter II all over again, where I’d set the difficulty to 0, because I couldn’t figure out how to do a Dragon Punch, but once it clicked, I was setting it back to the default 3 difficulty, where I was rudely awakened by the drastic jump in difficulty.  But then I got good at being able to handle those difficulties, and eventually began ramping myself up the slider until I was always at 7.

I’m not close to 7 yet, but I’m definitely at that place where the difficulty just shot up on me pretty quickly, and I’m in a place of adjustment and observation, trying to learn the patterns and tendencies of my opponent (my own child), until I can manage it.

After a weekend of chasing her around, as we’ve opened up doors and let her expand her horizons throughout the rest of the house, my body is achy, my back is tighter, and my quads and hamstrings are tender, from all the squatting and sitting on the floor spontaneously I have to do in order to wrangle a now-toddler.

As much of a habitual lull I’ve let myself get into, while thinking raising a kid was getting easier, I’ve been slapped back into the reality that things can only become harder and more physically demanding, as I’m learning that my child is getting more physical with her surroundings.  Make no mistake, I get a tremendous amount of enjoyment and satisfaction watching her speed around the house, but man is it tiring chasing her around.  Reason #769 why having atrophied for literally over a year now with no gym, has sucked, and when they’re available to me again one day, who knows how far from scratch I’m going to have to start in order to gain back, as well as overcome the physical degradation from chasing around a toddler.