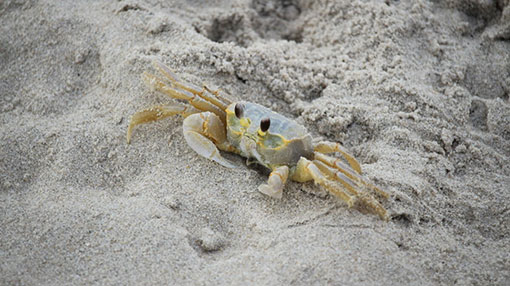 When I unplugged, packed up and moved my PC, I didn’t think much of it.  I have two other laptops that I use that satiate standard needs that there was no real rush to getting my system back up and running in any timely fashion.  So, for the better part of the last month, my PC had been sitting dormant, a black box surrounded by wound up cords and monitors.

So naturally, the moment I needed to retrieve something important off of my PC, it would be at this moment that I’d discover that the hard drive inside of it seems to have died.  Now I’ve dealt with hard drive failures in the past, and it’s never particularly pleasant, but the timing of this one combined with the fact that this wasn’t a hand-me-down machine like several of those before this one, but one I purchased myself with hopes that I could ride it for a good bit, which I did, has made this particular hard drive failure a particularly hard pill to swallow.

Not to mention that pretty much everything important to me, from photography, sensitive documents, websites, writing and all of my work samples and professional information were on it.  Not just from the last six years that I’ve had this PC, but from many more years before it, all transferred and preserved throughout my time of owning computers in general.

END_OF_DOCUMENT_TOKEN_TO_BE_REPLACED 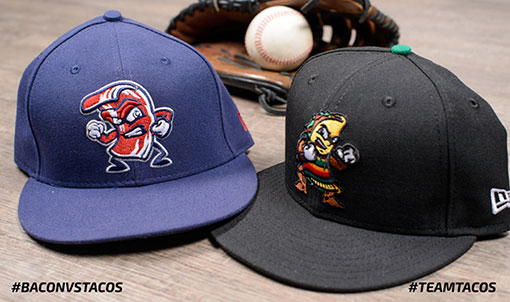 God I dislike the Phillies.  But damn if their Triple-A affiliates, the Lehigh Valley Iron Pigs, don’t have the most creative and socially active creative team in professional sports.  I not only have respect for their constantly moving and constantly producing creative, but I admittedly am a fan, even if they are a Phillies affiliate.  I have two Iron Pigs baseball caps; excluding promotional gate giveaways that I mostly collect and don’t wear, I can’t even say the same about the Atlanta Braves, for whom I only have a single baseball cap, that’s almost literally been worn to death and doesn’t quite fit right anymore either.

But anyway, I got an email from the Iron Pigs because I’m apparently on their mailing list because of the cap I purchased from them over the internet.  Usually I delete these emails instantaneously, and chide myself for not opening them, so I can go straight to the bottom and look for the unsubscribe button and then remind myself to unsubscribe the next time one comes in, to which the cycle repeats itself all over again.  However, the subject line was something that caught my attention and instantly piqued my interest: BACON VS. TACOS.

I like bacon.  I like tacos.  Never did I think that I’d ever have to pick a side between the two; after all, you can even combine them and get some good tacos with bacon out of them.  But apparently an ingenious promotion was birthed also involving the Fresno Grizzlies who have apparently re-branded themselves as the Fresno Tacos for some reason, but I am okay with that, because naming one’s self after food is always an entertaining idea in my opinion.

END_OF_DOCUMENT_TOKEN_TO_BE_REPLACED

Last night, I couldn’t sleep.  Not because I took a nap earlier in the day or because I drank too much caffeine, my brain was simply too actively thinking to the point of where it was compromising my ability to fall asleep.  The selling of my house and the subsequent reconfiguration of life was undoubtedly a substantial change, but with the change has come some new lines of thinking as the result of the murky waters of what new paths lie ahead of me in the course of my life.

The one very particular thing that my brain was wrestling with throughout the evening was, something that I haven’t really given that much thought to in the past, other than cursory ideas that never were taken very seriously, resulting myself to fall back into my content little bubble of routine.  I’m talking about my career, as a graphic designer.  Lately, I feel like I’ve been tapping at the ceiling of my current career path, and unless I want to resign myself to staying dormant and padding years doing what I do, I can do that, but then the result of such a choice leads to a lot of fairly time-consuming and not necessarily very lofty end games, that I’d question if I’d be content with when I’m well into my 40s and 50s.

It’s not so much the career I’ve been feeling some discontent with, it’s also the money that comes along with what I do.  Honestly, I’ve never really been that driven by money; I know what I like to make in order to live comfortably within my means, but I’m also not blind to the working world around me, and that there are plenty of other designers with specializations more attuned to the current creative market, that make noticeably more money than I do, albeit with an equally proportionate higher risk of job security than I have.  But there are plenty of those in the creative marketplace that make more money than I do, and up until recently, I’ve been fine with that.

But I think I’ve been content over the last 13 years living in a household where the combined income was one that was pretty well into the upper-middle class echelon, and now that I’m basically on my own now, such numbers don’t look nearly as promising or conveying potential for loan repayment when it comes to planning for the future, like another house.  Suddenly, I’m feeling like my earning capabilities aren’t just inadequate, but not necessarily conducive to saving at a rate that would make the future not feel like too far away.

END_OF_DOCUMENT_TOKEN_TO_BE_REPLACED

Despite the fact that I’m feeling a little blue about having just sold my house, when the day was over, it was still a massive achievement in unloading, and opening up the doors to the various paths that the future has in store for me.  For every melancholy memory that makes me a little depressed that I’ve said goodbye to my old house, there are at two things I did not like about the area in which my house resided, which contributed to the general notion that I really wanted to get out of the obligation of the house.

For a long while, I’ve always thought of the reasons why the area in which my home resided was not a good place, but I often neglected to notate any of them, and eventually I’d forget some of them, inconvenient, for when I wanted to channel my frustrations with long commutes, or the feeling of despair of living in an area that did not have a whole lot of hope for the future.

I started a Google note file on May 28, 2016, simply entitled “reasons south of Atlanta is not a good place,” and told myself to add to it whenever I had something new to add.  The thought was that eventually one day when I successfully succeed in unloading the house and moving forward, I would have some notes to look back onto for my eventual post about saying farewell to my old area.  It’s a little surreal that that time has finally come, and despite the fact that I’m still feeling bummed about unloading my house, I am in a way relieved that it’s an area that I won’t really see myself going back to any time soon if I can help it.

Because of my general paranoia of the world, I never was very specific to where I lived.  Even now, I won’t get too specific, but I will admit that my old house was on the south side of Atlanta.  The half of the metropolitan Atlanta area south of I-20 that doesn’t get much acknowledgment or credit for anything, and the half of the metropolitan Atlanta area that pretty much has no hope for the future.

END_OF_DOCUMENT_TOKEN_TO_BE_REPLACED 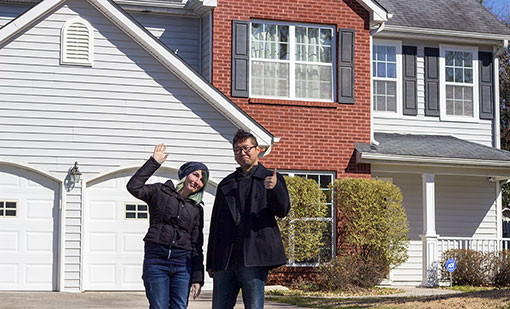 I’ve been keeping it quiet since it began snowballing, but me being me, I didn’t want to jinx anything and wanted to wait until it was basically a forgone conclusion before I did any sort of writing or talking about it in any sort of fashion.  It has been no secret that Jen and I worked our asses off a little while back in preparation for putting our house up on the market, and that less than two weeks ago, our house officially went up on the market.

However, just like that, the process has ended as frantically and as quickly as it started.  In the span of barely 13 days, my listed home was given numerous offers, one was selected, the buyer initiated inspections and the closing process, and today, I’m on the cusp of turning over the keys and signing over the title to the house to its new owners.

After 13 years, I will no longer be a homeowner.

END_OF_DOCUMENT_TOKEN_TO_BE_REPLACED

Honestly, I thought too much time had passed for me to bother talking about the white-washing of GITS.  Sure, I’ve got lots of opinions about whitey taking over yet another story conceived and taking place in ‘ze Orient, but none of them would really be any different than the litany of white guilt white knights that are all over the internet crying over the injustice of it already.

I mean there was a movie about the Great Wall; of China, starring fucking Matt Damon of all the people on the face of the planet, so it shouldn’t be the least bit surprising that GITS would star a woman as Japanese as Scarlett Johansson as the lead character.  I don’t think we’re that far off with a remake of Roots, starring Topher Grace as Kunta Kinte, or perhaps a rendition of Frida starring Blake Lively as the titular Frida Kahlo, and neither would be a surprise if such were to occur.

END_OF_DOCUMENT_TOKEN_TO_BE_REPLACED

Things have been pretty busy for me at work lately.  I’ve gotten some substantial sized projects that eat up the days and weeks pretty wholly, and I often times find myself with little to no downtime at work, and I’m putting in overtime on a regular basis as the busy season solders on for my job.  That being said, I’m not resentful or anything, but the truth of the matter is that I’m often times swamped, against a clock, and operating at a stress level that I’d rather not be in.

Whenever such is the case, I sometimes grow irritable towards the existence of peers and co-workers, and whether it’s their chatter, restless foot syndrome or their sheer inabilities to get over coughs, I feel the innate necessity to drown them out by whatever means necessary.  Which is to say that I listen to a lot of Pandora when I get swamped, because I don’t want to hear anything but my music while I plug away at my monumental assignments.

Unfortunately that also means that I’m subject to the endless parade of ads that comes along for being a pleeb free Pandora listener, since I’m streaming it through my phone because Big Brother has no problem with Facebook, YouTube or even Netflix, but restricts Pandora, and therefore cannot filter out the ads with AdBlock.  And there’s been one ad I’ve heard no less than 50 gozillion times now that’s caught my attention, not because I finally experienced what jetlag is really like, but the fact that it sounds like a recipe for being an FDA approved version of a date rape drug.