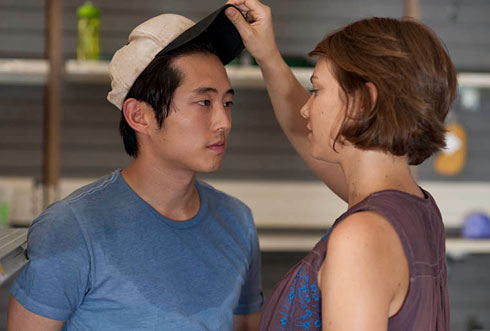 Episode six of Walking Dead season 2 was probably the best episode evar.  Dating back to episode four, I’m ecstatic to see that my Atlanta-based, Korean-American boy, Glenn, is getting some significant character development and face time this season.  Furthermore, my heart and my fandom rejoices for the character, when he gets to have some post-zombie apocalyptic spontaneous sex action with the hot farmer’s daughter, Maggie.

This makes me happy in a myriad of ways:

But mostly, I’m really just crushing hard on the Maggie character.  I will not look forward to the “mid-season break” that the show will embark on after Sunday, although I understand why it’s being done.  At least the wait won’t be that long, and that they’re not pulling the Sopranos bullshit, of not really letting anyone know when any new episodes would air at all.