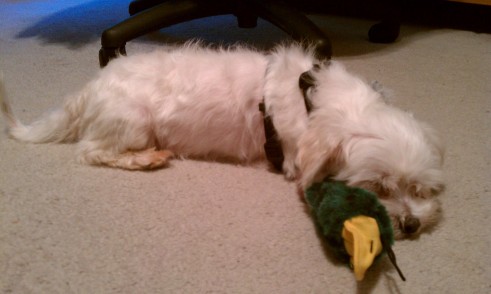 Typically whenever I write, it’s at work, and I’m on some variant of downtime.  Currently, I’m actually at home, and the urge to write about something came upon me entirely while I’m on my very own spare time.  This hasn’t really happened to me in quite some time, so I figured out why not write and see what comes out.

I don’t want to say that the last few weekends have sucked by any means, but the truth of the matter is that I haven’t had any time to myself throughout the last three weekends.  That in itself was kind of problematic, and it got to a point where it began affecting my moods very obviously, as I hadn’t really had any time to unwind, decompress, or simply relax.  Given the circumstances, I wouldn’t hesitate to do it again because that’s what friends do, but I’m also not going to deny that it really was taking its toll on me as well the longer it went on.

But the matter is for the most part finished, at least the ticking clock portion of it.  Anything else can be done with no real clock hanging over it.  That being said, this is the first weekend in which I’ve got completely to myself, and I’ve been taking full advantage of it.  As I’d actually prepared for it, I made a lasagna at the very start of it with full intention of feeding off of it throughout the three-day weekend, and I had every full intention of doing only things that I’d want to, which I have held true to, to now.

The funny thing is that in the back of my mind, I’m having one of those niggling thoughts of my single-ness and how I should be out doing relationship things if I were in a relationship, but to be perfectly honest, right now it doesn’t matter because I’m feeling so relaxed doing nothing but me-things.  I’ve been sitting around at home playing video games, watching television, and I finished up watching the remaining episodes of Parks & Rec that was available on Netflix.  After I’m done writing, I’m likely going to dive back into another video game, before going to bed at some unknown A.M. hour where I’ll sleep until my body wakes up naturally.

Just today, I had gotten over seven hours for the first time in three weeks, and I left the house and got shit done.  I went to the bank to make a transaction, I went to Starbucks, and I went to Home Depot to get shit I needed to make some renovations to the attic space up above my garage.  I made most of the said renovations, and then I showered, ate more lasagna, and played more video games.  As far as I’m concerned, aside from the earnest attempt to improve my home, nothing else I did could be remotely considered productive, but frankly I don’t give a damn, because god damn it, I feel like I simply needed some time to myself to waste my own time instead of working against clocks.

Sure, I think about the people in the world I know, who are undoubtedly mostly likely doing things way cooler than I am doing, but its times like this where it doesn’t really matter.  The fact that I’m catching up on my personal time and that it feels this good is kind of a sign of understanding my threshold, and the importance of regulating the time within it.

And with that, the drive to write something is winding down, so I’m going to call it for this post.  My Xbox is looking mighty appealing right now, and zombies in China aren’t going to kill themselves.  And the dog looks like he could possibly relax just a little bit more.