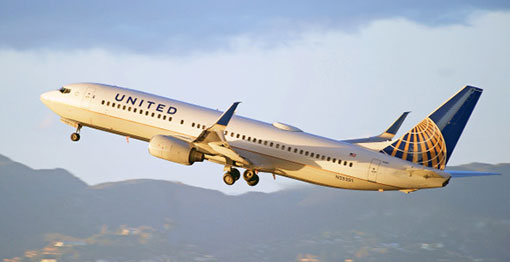 If I had to pick an airline, I’m a Delta guy.  I’m pretty cool with Southwest too, even though I kind of resent that they absorbed AirTran and 86’d all of their low fares to Virginia.  Spirit isn’t terrible as long as you plan well and understand you are literally taking the MegaBus of the skies.

But I can’t really say that I’ve given much thought to United Airlines as an option, even when there was that period of time after they kept tripping over themselves repeatedly, and I figured they’d have to drop their fares aggressively in order to regain some customer equity, but that never really happened.

Not to mention, being in Atlanta, the land of Delta, United doesn’t really have that much of a presence here, but they are still an option for most continental destinations.  But since I don’t really feel like being racially profiled and I’m pretty sure the settlement of letting them kick my ass and throw me off a flight won’t be as good as that first Asian guy who got owned, I never really saw any advantage to considering flying with United.

That is, until this true story of heroism came out, where a United flight attendant told a woman with a crying baby that it was prohibited for her baby to cry for more than five minutes, which resulted in the following:

Bala wrote that her family “will never fly on United again.”

So now that United Airlines has basically declared a jihad against babies, that’s most certainly something that I can get behind.  If they’re the airline that discourages people with kids from flying with them, consider me instantly interested in wanting to fly with United.  Who in the world doesn’t have a story about taking a flight where they were the unfortunate suckers to end up next to or near the wailing baby that wouldn’t stfu, and more than likely had the parents that didn’t bother trying to pacify their kid?

Not to mention the family in question were Indian, and I lived in Smyrna for a hot second, AKA the suburb of Atlanta that’s basically like a slice of Mumbai plopped into Georgia like Sim City.  The hordes of Indian families that lived in my apartment complex was this fascinatingly dysfunctional society where the men had all the freedom in the world to hang out together, drive around in American muscle cars, while the wives stayed home all day long, pregnant, and treated the breezeways of the apartments as extensions of their homes, where they gossiped in Hindi and let their 56 children run around and scream at all hours of the day.

Without question, the mom on the United flight made zero effort to pacify her baby, and the poor United flight attendant who doesn’t make enough money and works on a standby basis was at their wit’s end at having to deal with it.  Sure, they perhaps shouldn’t have made up such flagrant lies about how there’s a set time limit to how much crying a baby is allowed to do, but on the other hand if it contributed to a family vowing to never fly with them again and freeing up their potential seats for passengers who don’t have crying babies, than maybe it wasn’t all for naught either.

Either way, United’s stance on crying babies is something I can get behind.  It’s like that revolutionary Samoan airline that decided to charge passengers based on weight; this is some genuinely creative outside-the-box approach to the airline industry that can only result in happier passengers.  I can’t promise that it’s going to make me take a United flight any time within the next year or so, but I can still admire the ironic positive result that came from such failed attempt to peddle bullshit.