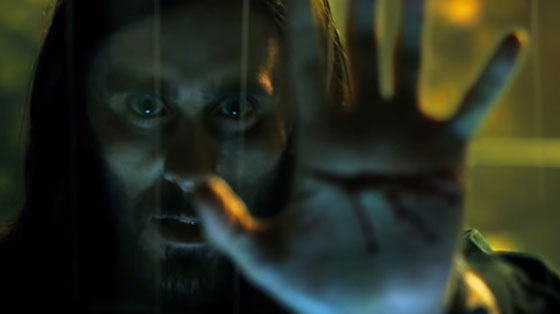 Shocker of the century: Morbius starring Jared Leto is not garnering favorable reviews

Who would’ve imagined that??  (Me)  That a film based on Morbius the Living Vampire, a D-class Spider-Man villain would have any modicum of success, especially in a film universe where it will have nothing to do with, Spider-Man?

I mean Jesus Christ, this was about as predictable as the internet exploding over Will Smith slapping Chris Rock at the Oscars.  Anyone who had any inkling of idea of what these properties originated from, or even just followed comic books or movies in general probably knew that Morbius was a terrible idea from the start.

It was the very definition of scraping the barrel looking for ideas to make into films, and someone over at Sony was probably like, “eh, who’s this Morbius guy?  He’s in Spider-Man, and he’s a vampire!  People like Spider-Man and maybe people are still into shit like Twilight, so let’s green light this!”  But having zero idea that Morbius is a fifth-rate villain and basically was more of a vehicle for Blade to come in than anything else.

Regardless, the project survived the pitch and concepting and actually came into fruition.  And to nobody’s surprise, the reviews are not doing so hot, and are currently at the time I’m writing this, on a historically bad pace, but again, it’s more surprising that gas prices have actually dropped below a leading 4, than finding out that Morbius is garbage.

In the past, I used to makes jokes about how I wouldn’t see this thing even if it were pirated, or I’d watch something pirated and state how I wanted my money back despite seeing it for free.  But with as little time I have these days, it would be a tremendous offense for me to even consider wasting any bit of my precious free time on a turd like Morbius.

But this post still must come to fruition to point out the obvious fact that I called this two years ago when it was announced, but Hollywood most certainly doesn’t let perception, facts or just plain bad ideas stand in their way of their pursuit for a buck here and there.

Just because it’s a Marvel property doesn’t automatically make it a key to the money printer.  And as more and more major properties get gobbled up by the film industry, there are bound to be more and more Morbius-shaped turds to come into existence in the future.  The bar appears to have been re-set by Morbius and it’s anyone’s guess to what the next shitty Marvel installment will be; but at least Jared Leto is off the table for a little while.