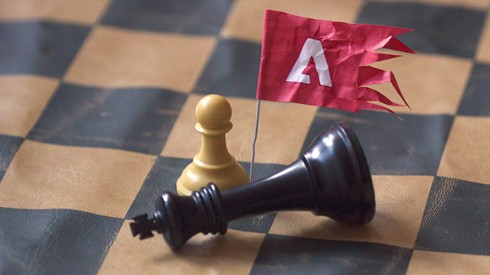 This is a good article that pretty much gives a detailed explanation of Quark’s monumental fall off of graphic design software food chain, and how they’ll pretty much never recover from it.  They should probably liquidate their assets and curl up into a ball and die, or at least try and rip off InDesign and make a cost-efficient alternative that addresses the things about InDesign that people don’t like, but then again Quark was no bulletproof vest at avoiding irrational crashes in their own right, so they should probably stick with the former idea.

It’s a decent read, and way better of an explanation than I could give, because my disdain for Quark runs so deep and exhaustive that I’m pretty much only capable of simply saying “Quark sucks,” which isn’t incorrect, but is devoid of specific details.

Seriously, there is nothing on the planet that was made in Quark that I couldn’t rebuild faster, more efficiently and less resource-intensive in InDesign.