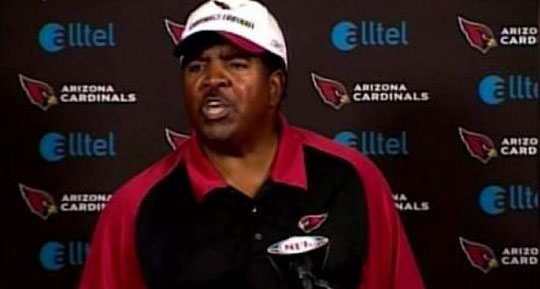 There’s a popular narrative that the National Football League is basically incapable of doing anything right.  And that the financial bulldozer that they ultimately still are, is completely in spite of the general lack of ethics, competent leadership and all of the just in general inability to not keep doing stupid shit.

Players want to celebrate touchdowns and look like they’re having fun?  Those are penalties.  A player who is on injured inactive status wants to bet on some football games?  That’s an exiling.  But multiple players who were caught, have video evidence, or were found guilty of domestic violence?  2-4 game suspension.  A Muslim player kneels after a touchdown?  Penalty.  Tim Tebow kneels after scoring a touchdown?  Hero.

I mean, the list can go on for an embarrassingly long time, regardless of the fact that the NFL is a veritable money printer.  Regardless of the fact that I don’t have the time to indulge in as much sports as I used to or liked to, the NFL doesn’t exactly make itself particularly compelling or attractive to want to pay any attention to, even if I had the capacities to.

Recently, the NFL made a public amendment to what has been called the Rooney Rule, which was already basically the NFL’s version of Affirmative Action, where teams are basically PR strong-armed into having minorities somewhere on the coaching staff.  And up until this amendment, just about every person of color ends up being a defensive coordinator, which depending on the reputation of the team, might either be a really important role, or a really insignificant one.

But the amendment states basically, that a minority must be added to the offensive staff, and also now includes that women can be implemented in order to fulfill these obligated positions.

So just like that, the NFL has basically admitted that defensive coordinators are mostly patsy positions, and that they’ve been stashing all of their mandatory minorities in them.  And now they’re trying to rectify it, as well as backhand placate women, by amending the Rooney Rule, to include more minorities and/or women onto the more glamorous offensive side of coaching.

Already, the public acknowledgment of all this is embarrassing enough, but because the NFL can’t do anything right, I can already see what’s going to happen: a whole lot of bogus bullshit positions are going to magically materialize, and they’re going to immediately be filled by minorities and/or women.  Or, there will be some team that’s extra ambitious, and fill them with black women, and go for that double whammy of Rooney Requirements:

By labeling these with specific offensive positions, they’re now parts of the offensive coaching staffs, meant to fulfill the Rooney Rule.  And make no mistake, as hyperbolic and snarky as some of these things might appear for the sake of being brog material, I wouldn’t be the least bit surprised if we see some surreptitiously new coaching titles start to appear on the coaching staffs of teams in the very near future.