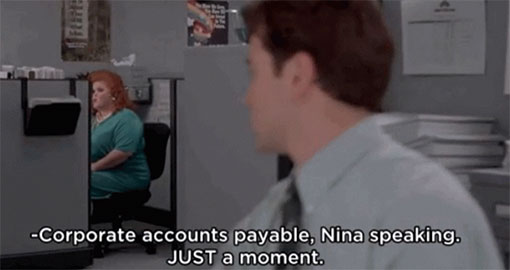 I’ve resigned myself to the notion that until #2 gets onto some modicum of a sleep schedule, then my personal life is more or less on hold.  0-120 minutes a night to not be on either double baby duty, baby duty of one plus work, or work plus two kids?  That’s life as it is right now.  And the sooner I try to expect to have some free time in which I can actually sit down, relax, and not have to be on high baby alert, the better things might be.

Because that’s probably what’s been the greatest source of my angst and frustration over the last few weeks, is that I want to do things, but in almost all of the time, I just simply don’t have the time to do such.  But if I can mentally accept that there will be no time for me for a little bit longer, then it’s slightly an easier pill to swallow.

Sure, I still feel overwhelmed and miserable when I’m in the way-too-frequent scenario of where my wife is unavailable, I’m on both kids at the same time, and I’m getting blown up by my work email.  That happens way more than I wish it would, but tis the season in my particular line of work.

Salvation is, however, the fact that I am less than two weeks from starting my paternity leave, eliminating one of the biggest roadblocks to parenting for a substantial chunk of time, and I will get the opportunity to be nothing but a dad, instead of dad + corporate bitch, which I believe will take a tremendous load of anxiety off of my docket.

I have a few major objectives I’d like to approach while I’m on leave this time around, but one of the things that I plan on getting on sooner rather than later will begin some sort of sleep training with #2, as I had done with #1, which I like to credit as laying down the groundwork for her outstanding sleep habits to this very day.

And once #2 starts to get on some semblance of a nap schedule and a formalized bed time, things can really only go up from there.  Because this current operation of basically surviving infanthood has been pretty brutal due to the compounding of responsibilities, but as most people describe parenthood, things tend to get easier for a little while before the cycle of difficulty begins spinning as the years progress.

But until those supposed things begins getting easier, I just have to accept that I won’t really have the time to do so many me things, be it running, watching wrestling or other television, and even writing, as much as that one hurts me so.  I still jot down notes and reminders of the things I’d like to touch on, and I’ve gotten to where I don’t discount the Notes function in my phone if I’m feeling so driven.

This is parenthood, in a nutshell, where sacrifice isn’t merely a choice, but often times a necessity, in order to keep things moving with some degree of harmony.