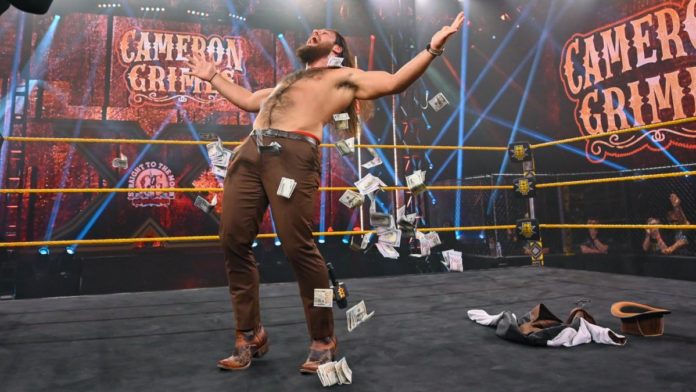 It’s not that I’m an AEW hater, and want to see them fail, it’s just that I’m critical about how they run their shows, and I’m dubious that they’ll actually amount to anything other than being a distant #2.  I feel as if the power structure of the company AKA Cody/Omega/the Bucks spent year one trying too hard to disprove nepotism and booking themselves to the moon that they basically buried themselves, but with the start of year two, taking the shackles off, pushing themselves like crazy, where Omega and the Bucks are the world and tag champions respectively, and on a completely different island as the rest of the roster.

And as for the rest of said roster, they’re basically this strange island of misfit toys where you have Chris Jericho’s Inner Circle, you have the Dark Order, you have Death Triangle, you have Matt Hardy building a stable, and then there’s the obviously protected-like-religion Hangman Adam Page.  And because there’s no real intriguing storylines for the women’s roster, they’re just doing this TNA-like random tournament of nationalities, between the US and Japan, where the US side has several Japanese women anyway.

But the storylines and characters are all weak and predictable, and I’m having great difficulty in getting too interested in any one storyline.

And then I switch over to NXT, and I’m seeing a Lamborghini pulling up to the CWC.  Okay, classic who’s this moment, where it’s got to be some smarmy new heel character or something.  Camera pans up, and it’s none other than Cameron Grimes, the obnoxious, loud mouthed redneck, but why’s he pulling up in a Lambo, and more importantly, why and how is he suddenly rich and handing out real-looking Benjamins to all sorts of random people?

Okay, I’m curious.  I stay on the channel.  And then he cuts a promo, talking about how decided to start playing video games in his spare time, and then when he wanted more video games, he went to GameStop, and decided to invest in GameStop at the right place and right time?  Now I’m amused.  One DogeCoin reference later, and now I’m thoroughly entertained.  This new iteration of Cameron Grimes, a redneck Million Dollar Man, who got rich by capitalizing on the GameStop stock boon, this is entertaining.

And just like that, one character on NXT has proven to be more entertaining than a litany of loosely written and poorly developed personas in AEW.  And the difference is that anyone who knows the history of Cameron Grimes, or Trevor Lee, knows that the guy can really go, but now he’s got a character that can really play to his non-wrestling strengths, like being a loud-mouth and obnoxious, but now he’s got the cash to back it all up.

If there was ever a time for him to strike singles gold, I imagine when Johnny Gargano drops the North American title to some face, Million Dollar Grimes will probably be a good heel to step into that spotlight and finally try to buy himself to his first singles championship.  But belt or no belt, I can easily say that this is the first character in a while that I’ve been immediately interested in, and I look forward to see how this plays out.  Hopefully they run with it for a bit and don’t kill it immediately in a topical allegory to how it can end in the blink of an eye.