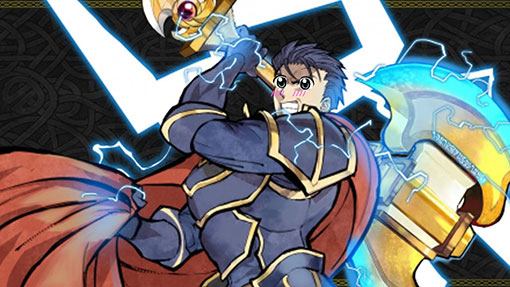 I got Hector this morning.  It’s like somewhere in the cosmic karmic connection between life and video games, Fire Emblem Heroes has caught wind of some genuine anxiety, and decided to stop being such a raging mutant cockblock and give me a little bit of a reprieve from the onslaughts of garbage that typically tends to be my luck when it comes to gatcha games.

However, that being said, I guess I can start assuming that the FEH train is probably coming to an end soon.  It’ll end up like Pokemon Go, and start getting lesser support as the developers start looking at the next project on the horizon, and me getting Hector and getting to unleash him on the pleebs is going to mean next to nothing on the near to distant future, because soon nobody will even be playing the game anymore except for like me and my one friend out in Maryland.

Whatever though, I’m still amazed that after all this time, I’ve finally got a Hector of my own now.  It’s only taken the better part of 600 orbs and a special promotional multiplier, but at least I can say that I now have the final piece of my theoretical all-tank team, anchored down by Hector that I’m going to unleash onto the arena and hope it will earn me way more AI wins than any other team I’ve fielded.

In fact, out of my last session of unloading orbs that I’ve hoarded, I actually fared out extremely well.  I ultimately made a total of 40 pulls, and yielded not just Hector, but also 5-star variants of Mia, Lute, Ike, bridal Cordelia and another archer Lyn, two of the more supposed broken characters in the game currently.  Six 5-stars out of 40 pulls actually isn’t that bad, but frankly, I’d have taken trash 39 times as long as I still yielded one Hector, because he’s pretty much the crown jewel unicorn of the game that I’ve been pining to get since I got my bearings on how the game operates.

Obviously this all means that the game is going downhill, but it doesn’t matter to me.  I’m the totem of perseverance, and I play the shit out of all the games that those with more fleeting attention spans abandon as soon as the next new shiny app is released, and with my Hector now in hand, I’m looking forward to seeing what kind of future with the game I can have now.