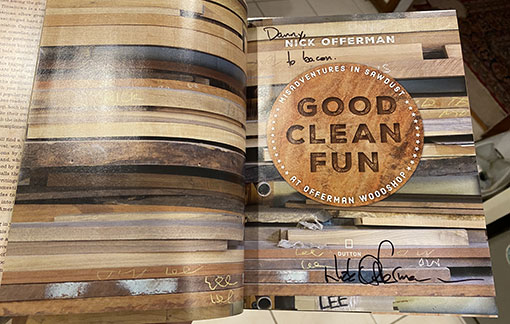 That my time is occasionally more important than many things?  Like an ill-informed opportunity to meet Ron Swanson.

Earlier in the week, I saw plug on a local website for An Evening With Nick Offerman, I guess a touring appearance circuit in order to push Nick Offerman’s newest woodworking book Good Clean Fun: Misadventures in Sawdust at Offerman Woodshop.  I thought to myself, this is something that intrigues me, getting to see and meet Ron Swanson.  I hadn’t learned about this event until after it had passed, like most other cool occurrences throughout the city, and being held at Georgia Tech, it wasn’t in an inconvenient location.

However, I have a lot of things that I need to do, and some things actually have a short window in which I need to complete them.  But as a diehard Parks and Rec fan, especially of Ron Swanson, it seemed like an opportunity that I shouldn’t let pass.

I decided to go.

END_OF_DOCUMENT_TOKEN_TO_BE_REPLACED 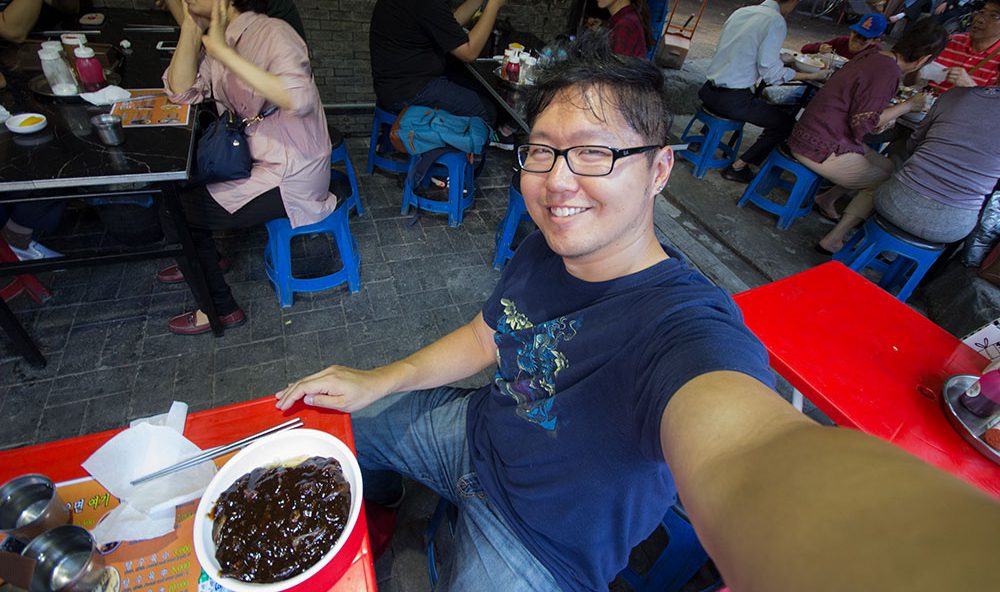 The following is more or less going to be a list of random observations I made while in Korea that didn’t really fit into the mold of any one chunk of posts.  That being said, it’s also indicative that I’m pretty much at the end of the rope when it comes to writing about my experiences in Korea.

Internet is as good as you’ve probably heard: When you use the internet in Korea, coming back to America and using my Comcast “high-speed” service that I pay a premium penny for on a monthly basis feels like going from a jet to a Ford Festiva.  Wi-fi, at a public hotel, with many users concurrently connected, was still pulling 60 down and 60 up, speeds that rival my own private connection, hard-wired.  And it was like that everywhere I went; I know, because out of curiosity, I was running the SpeedTest app just to see how good Korean internet speeds were.

Cabs are dirt cheap.  I was often doing math in my head while in Korea in regards to trying to find the USD equivalent of everything I was spending.  It’s easiest to round up or down, to where it’s a 1 to 1,000 when converting a dollar to Korean Won, so basically chopping off the last three digits was the easiest to rationalize the dollar amount of things.  I rode in a lot of cabs, because after the amount I was walking, sometimes I just didn’t want to hoof it for more miles to get to the nearest train station.  But whereas in the States, a cab ride for just a few blocks easily ticks its way to $10 and up, I was baffled to see how often times a cab ride for a considerable distance, often started at roughly $3, and only once did I spend more than $10 on a cab ride, and that was a good distance.

END_OF_DOCUMENT_TOKEN_TO_BE_REPLACED 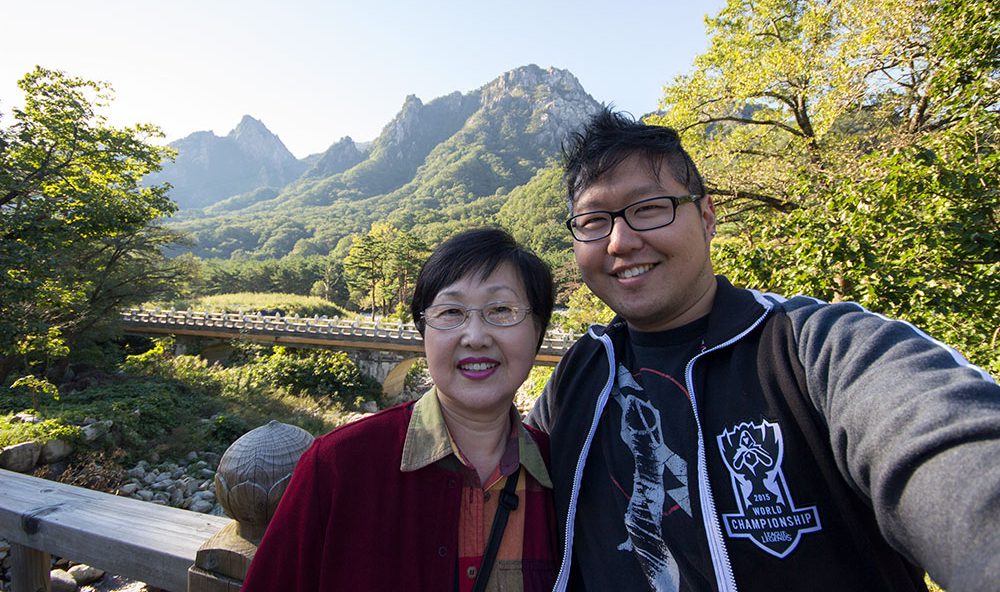 [2020 note] These are unposted photos from 2016, the fourth of four galleries of my first-ever trip to the Motherland, that I took with my mother.

The tour group concluded with a trip to Seoraksan (Mount Seorak) before it was back to Seoul, where my mom and I settled into another AirBnB for the last few days of our trip.

Admittedly, as much as I loved my time in Seoul, I really was feeling like I had begun to see a lot of the city and having done countless hours wandering and seeing shopping center after shopping center, I was ready to go home.

Hilariously, my mom reached out to some other old friends in the area, and extended her own stay for another two weeks, but I was most definitely ready to head back to the states.  It was an unforgettable first-time in Korea, and I have nothing but great memories and appreciation for seeing my culture in its native land.